BMW Abu Dhabi unveils a new project based on the BMW M2 Competition. As always, the Middle East-based dealership has equipped their model with a … 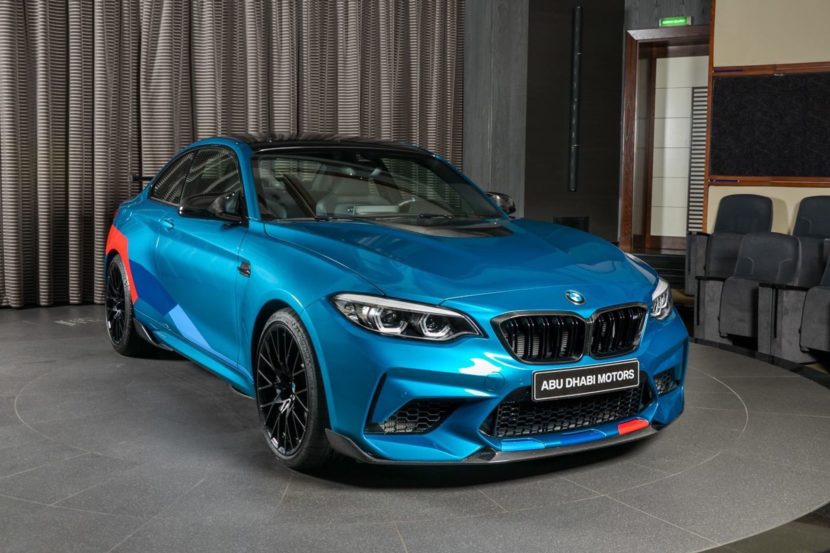 BMW Abu Dhabi unveils a new project based on the BMW M2 Competition. As always, the Middle East-based dealership has equipped their model with a series of accessories that change the looks and performance of the car. The BMW M2 Competition is painted in the Long Beach Blue color and comes with a wide range of M Performance Parts. At the front, we’re getting a carbon fiber lip, adorned with ///M decals. The kidney grille has also been swapped out for one made of carbon fiber, just like the side mirror caps.

On the side, we’re also getting the M-colored decals, along with side attachments in carbon fiber. A set of M Performance wheels in black were also added into the mix. 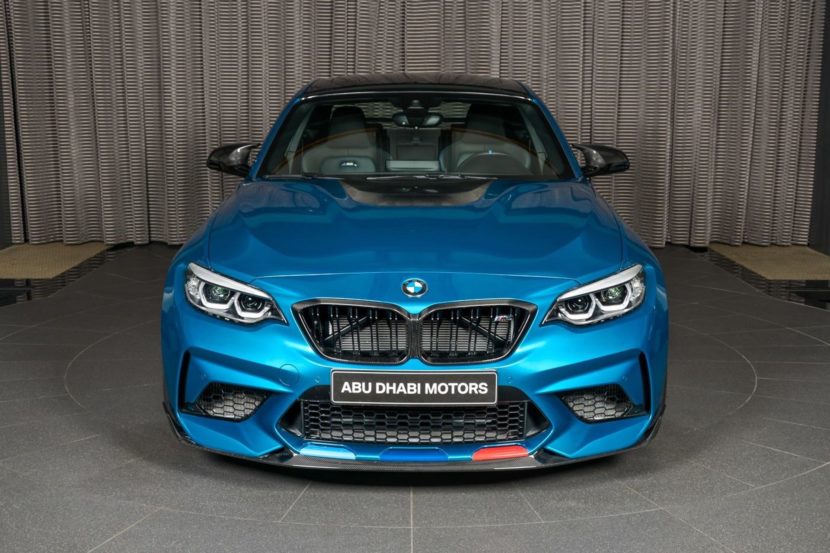 Moving to the rear, this is where the German tuner AC Schnitzer comes in delivering their infamous carbon fiber racing wing which helps with downforce. The carbon fiber rear diffuser comes courtesy of BMW M Performance, while the exhaust system hails from Slovenia. The Akrapovič exhaust has a design language similar to other Akrapovič exhausts for BMW M cars, delivering an enhanced sound.

It’s unclear whether the roof is made of carbon fiber or it’s simply a wrap, but we do know that BMW M will eventually offered a carbon fiber roof for their M2s. 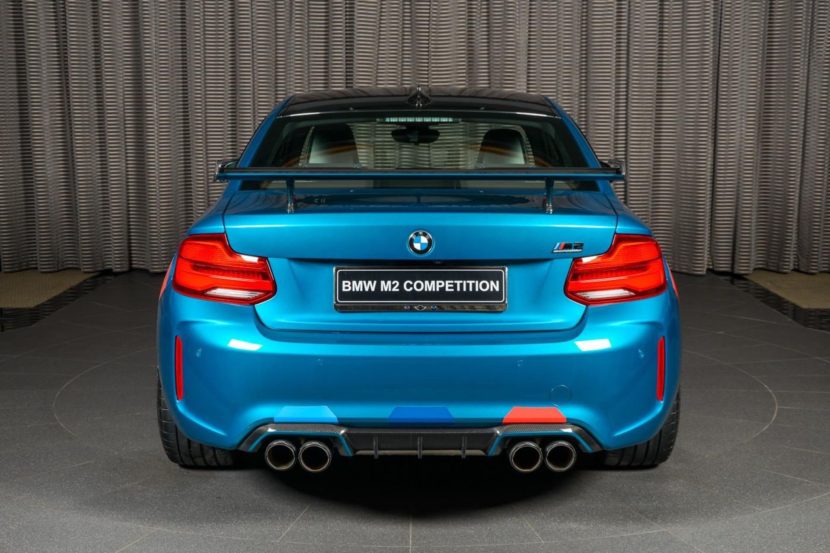 Inside the cabin, we’re getting the optional M-Double Clutch Transmission with Drivelogic. As previously mentioned, one of the biggest changes in the M2 Competition compared to the outgoing M2 is the addition of the 3.0 liter twin-turbocharged inline-six engine from the M3/m4 which makes 410 hp (US horsepower 405 hp) and 406 lb-ft of torque. In standard form, the M2 Competition for the US market comes with a six-speed manual transmission and the beautiful M Sport seats.

There is no word on potential power upgrades on this particular model.